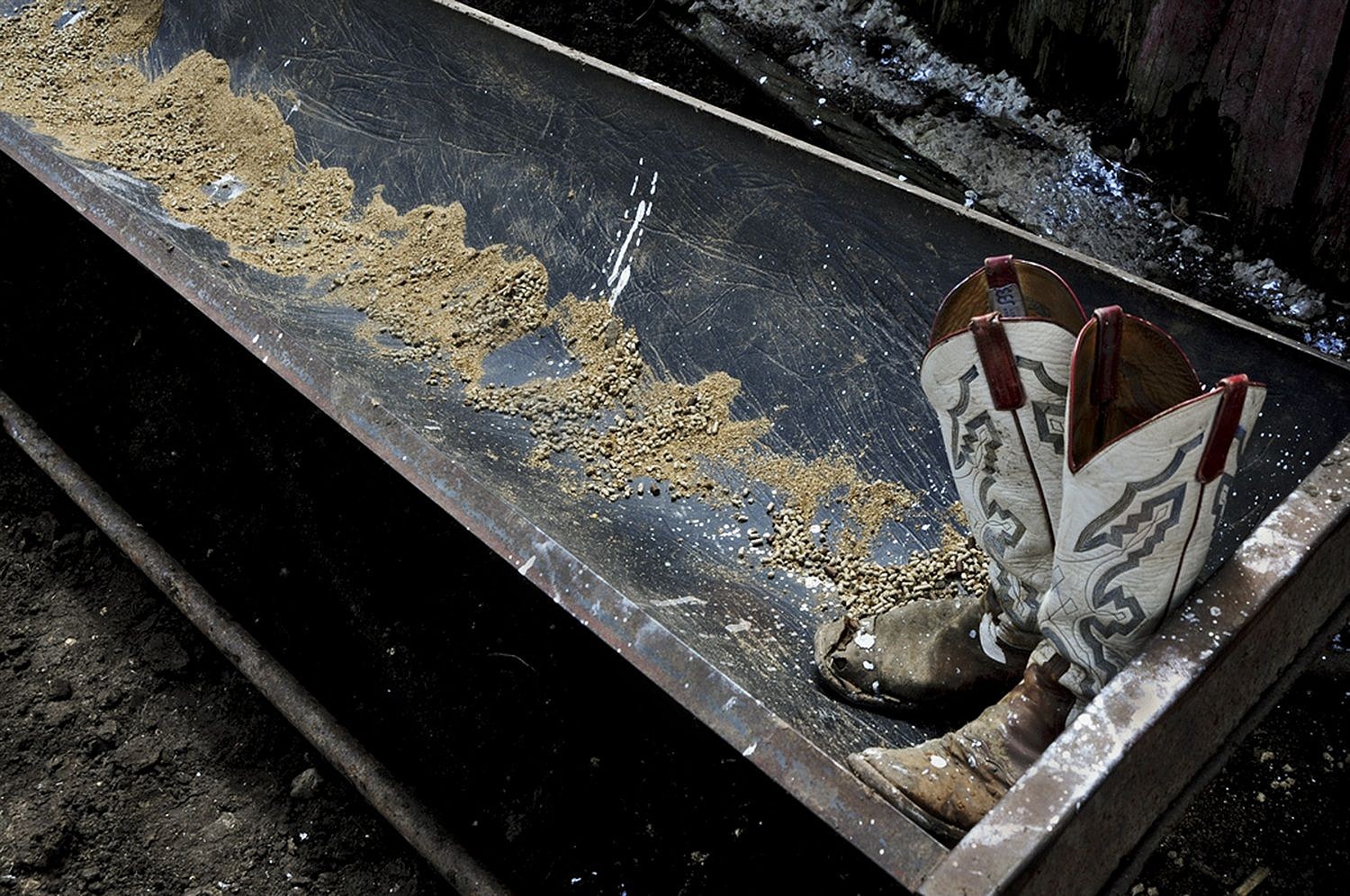 Oklahoma City, Oklahoma--- JRB Art at The Elms’ August exhibit features Elizabeth Hahn’s series of paintings entitled “Coming Home” and photojournalist Linda Schaefer’s photographs of “Sacred Places” and “Sacred Moments” that she captured while traveling on assignments throughout the world. Both solo exhibits open on Friday evening, August 2nd during the monthly Paseo Art Walk.  Both artists will attend the opening reception from 6:00 to 10:00 pm at the Gallery located at 2810 North Walker.

Elizabeth Hahn, who received her Masters of Fine Arts from the University of Oklahoma, and is a self-proclaimed “Oklahoman by heart,” is returning to Oklahoma City for this solo exhibit appropriately titled:  “Coming Home.” Although Hahn was not born in the state, she considers herself an Okie, and her painting, “Say Cheese" is in the Oklahoma State Art Collection.  In 1988 Hahn moved to Santa Fe where she was the co-founder of the Hahn Ross Gallery on Canyon Road.  She also married and raised her son and daughter in Santa Fe while continuing to paint.

The content of the paintings in the “Coming Home” series reflect her observation of her 20 year old son and his friends.  Her son’s bohemian lifestyle and his apparent directionless, but strong “back to nature” philosophy caused Hahn to reflect on his life journey as well as her own journey. The 3 broken down VW’s which her son parked in her driveway and the chickens he raised in her back yard became fodder for her paintings. Hahn’s work captures these moments in time. Miraculously, Hahn jokes that her son has now moved out of the home, and in anticipation of that day she began a piece, “He’s leaving Home, Bye Bye” a still-life that had a working title of “Failure to Launch.” You may see many other photorealistic still-life’s of Hahn’s, created in her usual charming colorful contemporary style while visiting JRB Art at the Elms, Friday, 2 August 2013, during the Paseo’s First Friday Gallery Walk.

Also in August, photojournalist, Linda Schaefer will show black and white, and colored images in a separate solo exhibition titled, “Sacred Places, Sacred Moments.” Schaefer commented,” sacred places are important for the soul because they help quench our thirst for an intimate connection to life’s purpose.” Whether Schaefer is documenting the poverty of a slum in Kolkata, India or an ancient graveyard in Corconroe, Ireland, the unifying theme is an eternal spiritual wisdom, which unites all as one.

Schaefer began her career as a journalist for Cable News Network in 1985, but found she could not lose her first love- still photography and multi-media documentary work. In 1995, Schaefer encountered Mother Teresa, whom invited Schaefer to visit India, and document the work of the Missionaries of Charity. This experience led to the publishing of two books about Mother Theresa.

Images from the United Kingdom complement her photographs from Italy, India, Romania, and Croatia. They celebrate the sacred placed found in nature; or churches built by architects as places of worship.

Schaefer resides in Ada, Oklahoma with her son, Paul. She is on the faculty of East Central University in the Mass Communication Department.

JRB Art at The Elms presents a diverse roster of emerging, established, and internationally exhibited artists who create a wide range of media including: paintings, drawings, sculpture, ceramics, glad, fine crafts, functional objects, fiber art and photographs. This 8,000 square foot award-winning gallery in Oklahoma City’s Paseo Arts District changes its exhibits monthly in a gracious environment that fosters a dialogue between the arts and the larger community while providing quality art for first time buyers as well as individual, corporate and museum collections.